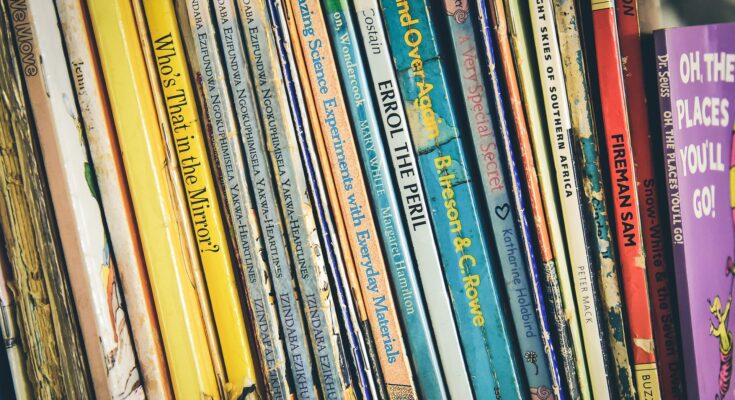 While some don’t discover their passion for writing until later in life, a lot of us catch the bug early. At a young age, you begin to dream of writing novels—signing books, doing readings for captive audiences, and building a community online of fans eager to discuss your stories. You want to start work on those stories as soon as possible, but that’s easier said than done when you’re busy juggling school, extracurriculars, and maybe even a part-time job.

I have been in your shoes. I started out by writing fanfiction (mostly Harry Potter stuff) when I was 12. By age 14, I became eager to try my hand at writing an original story: an epic fantasy called Unexpected Royalty. So I got to work and began churning out chapters every week or so—sometimes every few days.

Throughout all this, I was also taking honors and postsecondary classes, participating in both community theater and plays at school, singing in choir (sometimes competing in group or solo competitions), and was a member of the Speech team. Oh, and I also had a part-time job as a service assistant at Cici’s Pizza.

So I definitely get what it’s like to try to fit writing into a student’s busy schedule. Throughout my teenage writing journey, I learned a lot about how to be a productive writer even in the midst of everything else I was doing. Here are some tips on how to write your book when you are still in school.

Okay, we’re going to start with something that I learned through trial and error. When I started my first novel at 14, I did not outline at all. Instead, I came up with a very loose premise and just started writing. And then I wrote, and wrote, and wrote, and wrote. I love writing dialogue, so I created endless scenes of my protagonist meeting character after character—characters who ultimately had very little to do with the actual story. Eventually, I had written hundreds of pages and still hadn’t nailed down what my overarching plot would be.

It was only pretty late in the process that I realized I should try to write an outline. I started out just outlining each chapter as I went, and then I began to think more broadly about the overall story. As a result, those chapters had a much better pace than the preceding ones. But then I had to go back to those earlier chapters and rip them apart, trying to make them fit the plot I had finally developed. If I had just done some brainstorming and outlining before I began, I could have saved myself a lot of grief.

I’m not saying you can’t just dive in with a loose premise. It’s possible that if I had tried to take the time to plan things out better, I would have given up and never started writing in the first place. I wasn’t the most patient teenager, after all. But I do wish I had understood earlier on the value that an outline can have.

When I first started writing fanfiction, I posted it on Fanfiction.net. And when I decided to write my original story, I posted it on FictionPress.com, Fanfiction.net’s sister site dedicated to original fiction. Something about posting my stories online helped them to feel more real to me. I was lucky enough to attract some readers with Unexpected Royalty, and their support and feedback meant the world to me. It helped to encourage me to keep going.

When I got to college and shared my desire to publish Unexpected Royalty one day with my creative writing professor, he advised me to stop posting it online. I took the story down before it was finished, and I still regret that decision. Ultimately posting my story in its entirety wouldn’t have mattered—Sarah J. Maas, who was posting her story Queen of Glass around the same time I was, later published the story as Throne of Glass and it went on to become a bestseller. So if somebody tells you that you can’t get traditionally published after posting your story online, don’t listen.

FictionPress isn’t as active as it once was, but there are still plenty of great places to post your work online. Wattpad has become a very popular place to post and receive feedback, and some authors have even gotten book and movie deals out of it. Fictionate.me is great since you can actually earn royalties on your chapters as you post them.

I know I said before that I wasn’t the most patient teenager, and I suspect that I’m not alone in that respect. It can be hard to keep pushing forward through writing your book when the finish line seems so far away. You might feel tempted to at least take a break from your story for a while until you have more time to dedicate to it.

And that’s totally fine! If you’re feeling burnt out, it’s good to take a step back and give yourself time to recharge. Your mental health should always come first. As someone who has tried to write through the burnout, I can tell you that your writing isn’t going to turn out very good anyway. It’s very difficult to produce good work without a lot of passion and energy behind it.

I worked on Unexpected Royalty pretty consistently throughout high school, but when I got to college everything felt so new and I got overwhelmed. I slowed my work way down—the time it took me to complete a chapter went from a few days to a few months.

But still, I kept chugging along, and by the time I graduated college I had a completed manuscript. It had taken 7 long years, but I got there. It’s important to remember that as far away as that finish line may seem, it is there. And if you keep striving for it—through all the schoolwork, extracurriculars, and part-time jobs—you will eventually reach your destination.

Author’s Bio: Jillian Karger was born in Ohio but has lived in and around New York City for over a decade. Since graduating from NYU in 2009, Jill has had a long string of jobs doing things like scouting books to be adapted for film and researching trivia questions for “Who Wants to Be a Millionaire”.

She has done freelance writing as well for sites like Cracked.com, and had her Twitter jokes featured on BuzzFeed and funnyordie.com. Jill has also self-published two novels on Amazon (https://www.amazon.com/Jillian-Karger/e/B07B894DNW).

Follow her blog posts about books and writing advice, read books and publish them for free at: https://www.fictionate.me.